Some corporations have questionable strategies of funneling their tax dollars by influencing each employee’s need for assistance. Wal-Mart is known for such practices; but, keep in mind that there are some other major corporations which are more talented at covering their tracks by contracting other companies to pick up the workload and save face. On the other hand, some of these contracted companies which are hired by reputable corporations have operations overseas. Do you want to know why it is that when you call into a customer service agent, you aren’t likely going to be transferred? You’re being placed on hold for long periods of time and you’ll continue to speak to the same agent because that he or she is discussing your account and issues with an “internal department” while acting as an interpreter. In many cases, the agent you’re speaking with isn’t paid a living wage. Additionally, the internal department which is located on foreign soil likely has access to all of the personal information you provided upon opening your account. Why is this bad?

“There is no statutory obligation or cybercrime law which hinders or prohibits law enforcement assistance or prosecution for callers or the offshoring company (See more at here at this link).”

I guess that’s one way of getting out of being responsible for your employees without the government frowning on it too much, after all, in order for one to qualify for any government assistance, one would have to be a U.S. citizen!  Such “reputable” corporations are free from providing a living wage and can still maintain an offshore operation through a patsy call center. Who pays for it in the long-run? The customer who mysteriously has his identity stolen due to such practices is only the tip of the ice burg. Wal-Mart is taking a lot of heat for not providing responsibly for its workers. Why? Because of the corporation’s direct method of contact with its consumers and onshore employment practices; therefore, it’s among the easiest type of corporation to catch (see more here). Additionally, more call centers have confidentiality requirements, so good luck finding out who contracts call centers that offshore (see an example here). Wal-Mart isn’t the only “poverty job” in the U.S. today. Here is a list of poverty guidelines in 2013:

Any employer who doesn’t pay its employees a wage higher than these standards can be considered a “welfare corporation.” All employees who fall within the above guidelines will qualify for some sort of government assistance; but, is it their fault if their employers refuse to pay a living wage, refuse to schedule the employee enough hours  and pay enough for employees to qualify for health insurance? Is it an employee’s fault if the employer refuses to compromise an employee’s schedule if he or she is attending college or working a second job? If the employee opts to work two part-time jobs to equal full-time hours, how likely is it that he or she will have access to any health insurance? Not likely.

Let’s invent the realistic scenario of “Jane”. Jane is the single mother of Aiden who is two years old. Jane needs to pay $350 a month in order to afford suitable childcare for her daughter. After a two year relationship, Aiden‘s father is difficult to find and has no interest in his child. Aiden’s father plans to sign away parental rights in order to avoid responsibility to his daughter as soon as Jane remarries.

Jane scores a job that pays $7.25 an hour because she wants more for her daughter and needs to buy clothing and other things. Due to the Obamacare mandate, the corporation that Jane works for will only schedule her for 29 hours per week. The problem is, Jane can only leave her daughter in childcare for up to 40 hours per week and it’s closed on Sundays; therefore, Jane’s unable to find another job that will hire her for only 11 hours.
Jane qualifies for housing, which will help her with 1/3 of her rent portion of $700 per month. Jane lives in apartments specifically built by a corporation to house low income families. For $700 a month, Jane and Aiden will live in a basic two bedroom apartment that doesn’t have washer/dryer hook-ups or a dishwasher. They live in an area where air conditioners aren’t required, so they don’t have one of those, either.

Jane will receive $367 in food stamp benefits, she will receive a grant for her childcare, and an additional supplement of $399 per month. Jane won’t need to pay for her daycare unless Aiden gets sick. The childcare grant will not cover for days Aiden is not there; however,  the daycare requires the slot in the daycare to be paid for no matter what. If Aiden gets sick (which in daycare it happens a lot), Jane does qualify for medicaid for her daughter which will pay for all of her doctor’s visits and medications.

Presuming Jane doesn’t miss any work hours and has a support system to care for Aiden when she’s sick, Jane will gross $10,092 in earned income. Jane will receive a tax refund of  $5318.

All of the benefits Jane will receive for the year from the taxpayers will make her earned and unearned income add up to $24.938 + medical for Aiden. This figure doesn’t include the rent grant.
In other words, the corporation that receives Jane as an asset contributed $10,092 and the government contributed an excess of $14,846 that year.

Let’s presume that Jane scored a better job that paid her $12 per hour and worked her 34 hours per week. Jane won’t receive supplemental cash or food because she makes too much. Jane pays the full $700 in rent, too. Fortunately, Jane is within the corporate guidelines to qualify for their insurance policy; however, she’s required to pay $120 a month for her health insurance and has a $2000 deductible before it kicks in to pay a portion of her services. There is one catch though, the insurance policy only allows for up to 5 office visits and will not cover maternity costs. Jane paid $1500 out of pocket for medical care for the year and she only saw the doctor once.

Jane’s gross earned income is $19,584 for the year. She received $4200 in childcare grants and will receive a tax refund of $4942. The total combined benefits add up to $28,796. Keep in mind that in this scenario, Jane is able to pay her own bills with the exception of childcare and Aiden’s medical expenses, which are covered through Medicaid.
Is that enough math for you? If corporations paid citizens enough money to pay their bills, that would help with the availability of Social Security to the people who are disabled and elderly who have ALSO paid into it. We know how Mitt Romney feels about them:

Obviously, when corporations will opt to offshore jobs in pursuit of profits, it results in less employment opportunities on American soil; however, these corporations won’t dip into assistance programs through their employees directly, they will do it through whomever they contract as an American facade and through many complicated loopholes in which their clients do not see.

My boyfriend, who happens to be an Adjunct Art Instructor at Weber State University, has recently endured a drastic reduction in his work hours. While many of his tenured colleagues are away relaxing on paid sabbatical leave, we’re informed that the primary reason his teaching was cut is because of Obama care, which requires employers to provide health insurance to employees who work for 30 hours or more per week. Unfortunately, due to an acceptable “loophole” to employers, many across the United States have now opted  to simply CUT employee  hours in order to  to meet these new regulations (rather than actually take care of their employees, it’s cheaper that way). As a result, my boyfriend  has had to take a low paying job doing yard maintenance for Weber County. I’m saddened to report that just six short days into his new minimum wage job, he took a spill on some wet mud and suffered an injury to his knee, which may effect him for the rest of his life.
Now fortunately, my boyfriend’s employer has Workman’s Comp, which pays for some work hours lost (which isn’t much) and medical treatment for his work-related injury (which FAR outweigh his earnings).

Recently, I accompanied him to one of his visits in which he received an MRI. While I sat there in the lobby waiting with him,  I noticed a magazine with an article displayed on the cover which was entitled “Systemized Feng Shui” (don’t ask) peeking from the bottom of a stack of random magazines. I was a little dismayed to see the title called “Healthy Utah“, which displayed a beautiful woman on the cover (don’t get me wrong, I have no problems with beautiful women); however, this model obviously has had the $urgical works to become that way. Fake veneered teeth, botox lip$, brea$t enlargement$, you name it, $he has obviou$ly had it. I was even further disturbed when I began to thumb through the pages, seeing ad  after ad, which touted some kind of surgical procedure to remove some type of  undesirable part of one’s physique. I began to wonder,   “Is THIS what is really perceived as ‘healthy’ in Utah?”

While some are primping in  mirrors, counting calories, binging on cake, guzzling diet soda and debating on where they”ll have liposuction next, there are actually malnourished people standing in line at the local charity desperately waiting for a box of full of food.

What is health? Is it the way a person looks? Is it how an individual will critically perceive him or herself the way others might; therefore, use his or her good fortune to conform to another’s, or perhaps the media’s ideal? Or is it a state of mind where one can use his or her good fortune to help others? Health is beauty, and beauty is in the eye of the beholder. What is beauty to you? 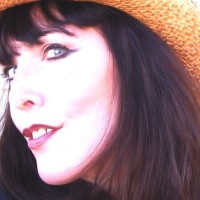